Wednesday, March 29th 6:30-7:45pm there will be a talk on Diet and Rheumatoid Arthritis at Georgetown Market. Georgetown Market is one of the first local health food stores in the Indianapolis area specializing in food for special diets. Sign up and come to learn about how diet can actually get rheumatoid arthritis into remission status by lowering inflammation. We will go over rheumatoid arthritis, common therapies and nutrition therapy for RA.

There are many restrictive diets out there for autism. All attempting to alleviate the symptoms of autism. There are some common features they all try to address. First, is any food that’s being consumed modified into harmful chemicals in the brain due to a weakened digestive system? Second, is this diet high in processed foods and added chemicals making it difficult for the brain to focus while being low in antioxidants? Third, is the bacteria in the body off and overrun with bad bugs and not enough good bacteria?

The way special diets for autism go about addressing these things can be very restrictive and not yield the best results. At nutrition advancement we can properly screen for those foods that maybe carried to the brain and causing disregulation in hormone levels.  We can also address healing the digestive system which then effects how the hormones are processed in the brain. We can increase the antioxidant level of the diet, balance the healthy bacteria, decrease the bad bugs and screen for food sensitivities and vitamin and mineral deficiencies.

If you’re tried restrictive diets that claim to help autism and they have failed there is a very specific approach out there for you or your loved one. We have an evidence-based healing results waiting for you! Request an appointment or call us today 317-292-2354.

Vitamin and mineral status is very important. If we’re deficient in any nutrients our body is operating sub-par at best. For example, insomnia is associated with 10 nutrient deficiencies. Oleic acid is an fatty acid which regulates our motivation or drive for sleep. Zinc and copper ratio is very important in the brain to regulate sleep. The higher the ratio is the longer sleep duration we have.

In regards to weight management a whopping 17 nutrients are involved. For example, poor vitamin K levels are linked to excess fat tissue. Vitamin K also helps metabolize sugars (which therefore means it is closely related to the management of diabetes.) Asparagine, which is an amino acid, increases the activity of insulin which helps the body store energy in muscle instead of storing it as body fat.

ADHD is associated with antioxidant status as well as 8 nutrients such as glutamine. Glutamine is a precursor GABA a calming neurotransmitter that affects mood, focus and hyperactivity. Antioxidant status of ADHD people is commonly low. This maybe due to food sensitivities creating a malabsorption issue, particularly if the diet is high in antioxidant foods. Low levels of glutathione, a star antioxidant and potent detoxifier is also common in those with ADHD.

Nutrition Advancement orders vitamin, mineral and antioxidant testing called Micronutrient Testing from Spectracell Laboratories. They offer superior testing from the levels inside the cell for the last 3 months. If you’re experiencing symptoms or have a condition you would like to mange nutritionally having your micronutrient levels checked with proper interpretation and repletion suggestions is a great place to start. Call us to schedule a micronutrient test today! 317-292-2354 Genetically modified foods refers only to the seed of the plant. The reason GMOs are used is to produce stronger plants that can withstand higher doses of herbicides and insecticides therefore producing a higher crop yield. Foods do not have to be labeled if they contain GMO seeds. A USDA organic seal on a food means that it does not contain a GMO seed. You will also find foods labeled as Non-GMO. This means the food does not have a GMO seed but does not mean anything about how the plant is cultivated (whether or not it is sprayed with herbicides and insecticides.)

The most common GMOs in our food supply are: corn, soy, canola, cottonseed oil, sugar cane, sugar beet and golden rice. If it is a USDA organic popcorn then it is not GMO. So why all the concern over GMOs? GMOs are commonly called pesticide plants because of the high herbicide and insecticide levels it can endure.

The most common herbicide is glyphosate or commonly known as roundup. Insecticides are also used on GMO plants. Herbicide and insecticide residues together during long-term cumulative exposure or during sensitive periods of life such as pregnancy, infancy, childhood and compromised health status has possible health effects. The herbicides are associated with possible hormonal, sexual and reproductive effects disorders. The combination of herbicide and insecticide residues together are associated with carcinogenesis, immune, nervous, genetic and metabolic defects.

As you can tell from the list sugar unless it is an organic sugar is all genetically modified. In a study as back as 3 years ago looked at the effects of ingesting GMOs and found that the stomach lining was inflamed after eating the GMO food.

You might be asking yourself, what’s golden rice? Golden rice has only been on the market a couple years and is modified to include beta-carotene (vitamin A), which gives it the golden color. It was developed for countries were beta-carotene is deficient in the food supply. Vitamin A deficiency is the most significant cause of blindness in the developing world with 250 million children at risk.  Vitamin A deficiency is more common in developing countries, where it’s major source of blindness is among children.  Vitamin A deficiency also leads to different birth defects and causes changes in the skin to produce follicular hyperkeratosis that produces ‘goose flesh’ or “toad skin” and the skin becomes dry, scaly and rough. This increases bacterial, virul and parasitic infections from open skin wounds. of course hitting children the hardest. Prior to golden rice single high doses of vitamin A have reduced child mortality by 35% to 70 %. This approach is very costly and therefore increasing vitamin A in the local food supply as a more sustainable approach to deficiency was sought. 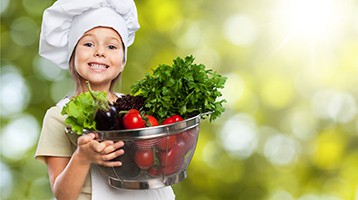